What Is PCOS And How To Manage It 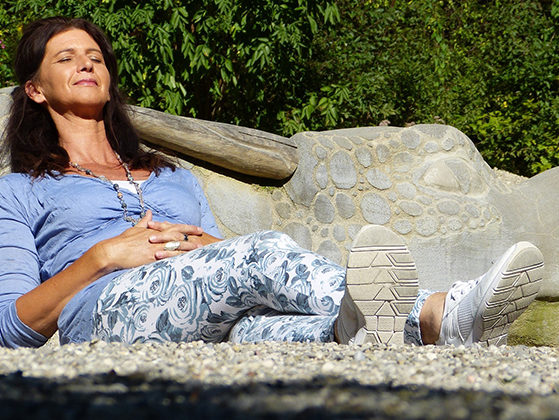 Polycystic Ovary Syndrome (PCOS) is a fairly common hormone disorder for women. As many as 1 in 5 women around the world are thought to have PCOS but it’s also a condition that isn’t as well-known as it should be.

If you’re one of the many women who don’t know much about the condition, here’s what to know about the causes and symptoms of PCOS and what you can expect if you’re diagnosed with it.

Hormone imbalances are the main factor in triggering PCOS. High insulin levels can be a major culprit. It’s common for women with PCOS to be resistant to insulin, which can lead to more insulin being produced. This can affect other hormones such as testosterone, which tends to be on the high side. A lot of women with PCOS also have high Luteinizing hormone (LH), which affects the ovaries.

There can be a genetic link and you can be more likely to be affected if close family members have it too.

In PCOS, the ovaries can get bigger and fill with “cysts”. These aren’t like traditional cysts, despite the condition’s name. Unlike the kind of cysts, you might get in your ovaries, these cysts don’t continue to grow or fill up with fluid. They’re not dangerous but they can be a factor in a number of health issues. This is where it gets confusing though … experts don’t believe that every woman with PCOS definitely gets these cysts so there’s often no obvious reason why certain women develop the condition and others don’t.

PCOS affects the way that the ovaries work, which can have lots of effects for the menstrual cycle. It often leads to very irregular periods as the ovaries don’t release eggs as often as they normally would. Some women with PCOS don’t have any periods at all or just have one or two per year.

High levels of male hormones can lead to an increase in body hair, especially on your face, chest, back and bottom. This can be very distressing and embarrassing.

Other symptoms can include adult acne and super oily skin, fertility issues and weight gain. Anxiety and depression are also super common for women with PCOS. This is partly to do with hormone imbalances but it can also be strongly linked to PCOS symptoms.

Not all of these symptoms have to be present for PCOS to be diagnosed. Some women only get one or two symptoms while others get lots of symptoms.

Not everyone necessarily has symptoms and it’s estimated that as many as half of PCOS sufferers don’t get symptoms. Even if you do get them, they can sometimes be very mild.

It’s not always easy to get a firm diagnosis of PCOS, especially as there isn’t one single test can tell you whether you have it. Some of the big tell-tale signs for your doctor include presenting with cysts on your ovaries, ovulation problems and high levels of androgens, a male hormone. Generally, having two out of three will strongly suggest PCOS. Scans and blood tests can be super helpful too.

Sometimes, PCOS symptoms will be fairly mild and won’t have a massive impact on day-to-day life. It’s pretty common to only discover that you have PCOS if you’re having problems getting pregnant, especially if you don’t have other obvious symptoms such as irregular periods, weight gain or excess body hair.

PCOS can be debilitating though and when symptoms are severe, it can have a major effect on your self-esteem and mental health.

Having PCOS can make you more likely to get type 2 diabetes in the future. High blood pressure and high cholesterol levels can also be concerns further down the line.

There’s no cure for PCOS but lifestyle changes can help. Keeping a healthy weight and eating well can help you to balance your hormones and improve some symptoms. This isn’t always as easy as it sounds as PCOS can trigger cravings for fatty and sugary foods. Trying to get more healthy fats in your diet can help to balance insulin levels.

Medications can also minimize excess hair growth, regulate the menstrual cycle and improve fertility. One possibility is an oral contraceptive pill, which can bring menstrual periods back into balance and can also tackle acne and mood issues. There are other medication options too, especially if you’re trying to get pregnant or don’t want to take oral contraceptives. One thing to know: there isn’t a specific medication that can tackle all of the common PCOS symptoms so it’s likely that you’ll be recommended different options for different symptoms.

There are diets, supplements, exercises and medications that can help so it’s important to take the first step and work with a professional who knows PCOS.

What else should we doing, to help raise awareness of PCOS?

I for one, would love to hear from you.

What other ideas can you add? If you enjoyed this blog post, please share it with a friend!

With love and blessings

6 Signs Your Hormones Could Be Out Of Whack
May 5, 2019
Blog Categories
Search
Recent Posts
Services
Go to Top